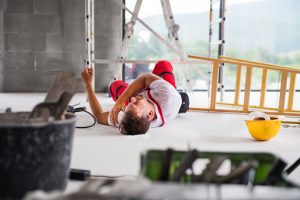 Few jobs today are as risky as construction and contracting work. The physical demands and hazardous work environment mean that injuries and deaths are all too common, with 937 fatal injuries occurring in 2015.

Roofers, in particular, are at a much higher risk for injury and death, ranking in the top five in fatal injury rates for 2015. The heights that roofers work from pose an immense risk to their safety and to construction workers overall, as a recent study showed that 42 percent of fatalities are the result of a fall.

The study analyzed a sample of 768 construction worker deaths from 1982 to 2015. In addition to finding that 42 percent (325 deaths) involved falls, they also found that 54 percent of the workers who were killed by falls had no access to a personal fall arrest system (PFAS), while another 23 percent had access to a PFAS but neglected to use it.

Another troubling finding was that most of the workers without access to a PFAS worked as residential building contractors or contractors in the roofing, siding and sheet metal sectors. This statistic can also explain why 107 of the 325 falls were from 30 feet or higher, showcasing why those in the roofing industry have such a high injury and death rate as a result of falls.

Another troubling trend found in the analysis was that 20 percent of the 768 deaths occurred in the victims’ first two months on the job, highlighting the possible need for better orientation and safety training for new employees in the industry.

OSHA’s fall protection standard was not implemented until 1995, but even with the standard, a considerable amount of fatal injuries occurred from a low height. The researchers of the study noted that this finding “provides strong evidence of the need for the OSHA requirement that fall protection be provided at elevations of 6 feet or more in the construction industry.” While this requirement is in place, it is unfortunate that not every workplace adheres to the standard, resulting in unnecessary injuries and fatalities.

If you or a loved one fell at work and sustained a serious injury, you need to take strong legal action as soon as possible. You need to contact Vellner Law, PC. Based in Bethlehem, we handle work-related injury accidents throughout Lehigh Valley. We know how the system works and how to produce results.