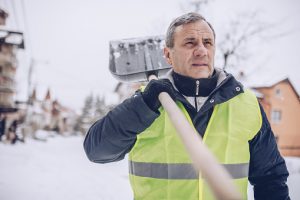 Everyday, dangers exist on American highways. While there is much focus on injured drivers, passengers, motorcycle riders, bicyclists and pedestrians, there is less attention focused on injured highway workers. These workers face constant hazards in a highly perilous work environment. If you’ve been injured while performing road work, consult with an experienced Bethlehem workers' compensation attorney as soon as possible. In addition to workers' compensation, you may be able to pursue an injury lawsuit as well.

The Facts About Work Zone Accidents

The DOT has also identified some of the most significant contributing factors to work zone accidents. These include: speeding, distraction and alcohol. Work zone accidents were found to be more likely to occur during the daytime - on a Tuesday, Wednesday or Thursday - and during the warmer months of May through September.

The Pennsylvania Consolidated Statutes have many provisions to promote safety in work zones. Section 3326 of Title 75 requires drivers to yield the right-of-way to any work vehicle or pedestrian engaged in work within a maintenance area - as indicated by official traffic control devices. The statute also enacts double fines for many traffic offenses when they are committed in a work zone. These include: obeying traffic control devices and authorized persons directing traffic; passing and driving in the left lane; passing in a no-passing zone; following too closely; failing to obey a stop or yield sign; driving at a speed which is unsafe for the work conditions; careless driving; reckless driving; and driving under the influence of drugs or alcohol. The statute also provides for additional fines and license suspension periods when the violation results in the serious bodily injury or death of a highway worker.

When a driver is found to have committed a traffic offense in a work zone, this can be used as evidence to establish that he or she was negligent in the civil case. A driver who has been found negligent will also be legally obligated to compensate the injury victim for his or her financial losses, such as: medical bills, lost wages, pain and suffering, property damage, etc.

If the victim is a highway worker within the scope of employment at the time of the accident, he or she may also be entitled to workers' compensation for the injuries which were sustained. Finally, an employer may be liable for not providing a safe workplace for its employees. While work zones are inherently dangerous workplaces, employers must still take reasonable safety precautions to ensure that their highway workers are not subject to increased risks. There are many different sources of compensation, and different types of compensation which are available to injured highway workers. An experienced Bethlehem workers' compensation attorney will help protect your legal right to compensation after any type of workplace accident.