Home | Blog | Marijuana use among workers is up - what does that mean for work accidents?

Marijuana use among workers is up - what does that mean for work accidents? 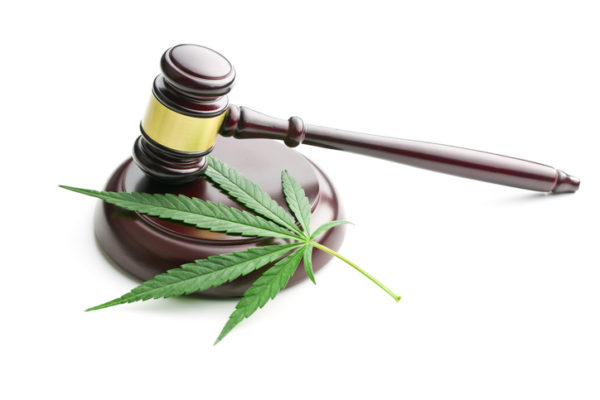 In a year when so many aspects of work changed dramatically, one trend remained constant: more workers are using marijuana every year.

As the Wall Street Journal recently reported, drug-testing company Quest Diagnostics says that 2.7% of the drug tests it administered on behalf of U.S. employers in 2020 came back positive for marijuana. That's up from 2.5% in 2019 and 2% in 2016. Since the overall rate of positive tests for any drug hasn't changed much, that means marijuana represents a larger share of drug use among employees.

This isn't especially surprising, considering many states have moved to legalize marijuana for adult recreational use. As of this writing, recreational marijuana remains illegal in Pennsylvania, but it's legal just across the border in New Jersey, so workers in our area have easier access to marijuana now than ever before.

Marijuana impairment can be a contributing factor in some work accidents

While many people consider marijuana itself to be largely benign for adult use, the effects of marijuana can certainly be dangerous depending on what an individual does while under the influence. According to the National Institute on Drug Abuse, THC, the main active ingredient in cannabis, significantly impairs judgment, motor coordination, and reaction time. A worker who is under the influence of marijuana may cause an accident while driving or operating machinery, for example.

Whether marijuana increases the risk of work accidents overall is a matter of some debate. One study reported by the National Institute on Drug Abuse found a significant increase in industrial accidents and injuries among employees who tested positive for marijuana. However, this is a correlation, not proof of causation. A University of Toronto study found that while cannabis users overall have more work injuries than non-users, they also tend to have other factors that are known to increase the risk of work accidents, such as younger age and higher work stress. Accounting for those factors, the researchers found, marijuana use alone does not seem to increase the risk of accidents.

However, even if marijuana use in general does not increase the risk of workplace accidents, an individual worker who is under the influence of marijuana while at work certainly can cause or contribute to an individual accident. When that happens, the workers' compensation situation can get complicated.

Workers' compensation is a no-fault system. If you were at work when the accident happened, your injuries are compensable, even if the accident was your fault. However, there are a few limited exceptions, and one such exception applies when the injured worker is under the influence of alcohol or drugs.

If you were under the influence of marijuana when a work accident happened, and the workers' compensation insurance company can prove that your intoxication was the proximate cause of the injury, they can deny your claim on that basis. Proving intoxication is difficult, though: unlike alcohol, THC can remain in the body at detectable levels for days or even weeks after use, long after the "high" has worn off. So, just because you failed a drug test doesn't prove you were under the influence when the accident happened. The insurance company would have to present other evidence of intoxication at the time of the accident, such as witness testimony.

This is a high bar for the insurance company to clear if they're challenged on it, but that doesn't stop them from taking advantage of injured workers who don't know their rights. If you're dealing with a workers' compensation claim that involves marijuana or any other drug, it's especially important that you have an experienced workers' compensation attorney on your side who knows the system and can push back on the insurance company's tricks. Contact Vellner Law, PC today. We'd be glad to meet with you and explain your legal rights in a free consultation.