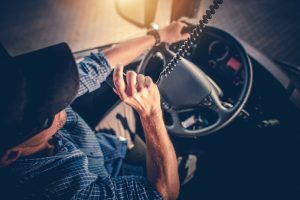 Truck accidents kill thousands of Americans every year. While the majority of those victims are individuals in other vehicles, truck drivers are not immune. Even if the trucker is at-fault, he or she may still be entitled to workers' compensation, assuming there is proof the trucker was an employee and not an independent contractor.

This designation of employee vs. independent contractor is often hotly contested in some cases. Know that just because a company designates a worker as an independent contractor does not necessarily mean it's so. Companies wrongly classify employees as independent contractors all the time in order to worm their way out of paying important benefits. A court, weighing all the factors of the professional relationship, will ultimately be the one to make that call.

The Insurance Institute for Highway Safety provides data on fatal accidents in the United States since 1975. This data shows that traffic fatalities hit an all-time low in 2009. Many experts have suggested that this was due to the fact that Americans were travelling fewer miles in the aftermath of the housing crisis and ensuing economic recession. Crashes have been steadily on the rise ever since then, and 2017 is on track to be the deadliest year yet.

Truck driving is an especially dangerous job. The Bureau of Labor Statistics reports that, in 2015, more than 25 percent of all workplace fatalities in America occurred in the trucking industry. If you or a loved one has been injured on the job, contact Tony Vellner and his Bethlehem workers' compensation attorneys as soon as possible. You have legal rights under Pennsylvania law which must be protected.

The Prevalence of Truck Accidents on American Roads

There are, of course, many reasons for the rising number of truck accident fatalities in the United States. Some of the most concerning include:

In most other industries, this many deaths would attract national attention. Unfortunately, fatal truck accidents are often scattered in small numbers all across the country, and do not often receive significant media coverage. Accidents like those involving actor Tracy Morgan are the exception. CNN reports that the National Transit Safety Board discovered that the driver of the truck which rear-ended Morgan’s limo bus had not slept in the twenty-eight hours prior to the accident.